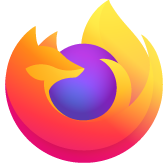 6 questions in the last 24 hours> have no reply. Learn how to help solve them!

Speaker button disappears from tab after releasing focus on tab

Hello! My Firefox version is 91.11.0esr Several months ago Firefox starts behave this way. It's much more convenient when speaker button always appears on tab. It's absol… (read more)

Hello! My Firefox version is 91.11.0esr Several months ago Firefox starts behave this way. It's much more convenient when speaker button always appears on tab. It's absolutely incomprehensible why developers did it with Firefox. Who likes to waste time searching for noisy tab. I wish it work like before.

Asked by Weller 6 months ago

Answered by Terry 6 months ago

I have a linux debian 11 o/s with up-to-date Firefox I don’t know which version at the moment it is whatever debian repo pushes down. I have 5 profiles on this particula… (read more)

I have a linux debian 11 o/s with up-to-date Firefox I don’t know which version at the moment it is whatever debian repo pushes down. I have 5 profiles on this particular computer with no previous issues. I decided to create another profile to be used for some test work and when I created it I then launched it and opened a few tabs to make sure it worked then closed. I planned on copying the profile files from another profile into this one so I went to the profile folder - /home/user/.mozilla/firefox/profile.names

Once there I saw my other profiles but could not locate this one so I went back to an open browser where I had the about:profiles page open and decided to delete that new profile and start over I figured maybe I accidentally saved it to a different directory. I hit remove it and it gave me the box asking if I wanted to remove files I chose yes I then go back to - /home/user/.mozilla/firefox but folder firefox was gone with all of my profiles all that was left in .mozilla was - /home/user/.mozilla/extensions and - /home/user/.mozilla/systemextensionsdev. Both of these folders - “extensions” as well as “systemextensionsdev” are empty. I go to the local directory for each profile and the data is still there for each of the profiles - /home/user/.cache/mozilla/firefox/profile.name.

The recycle bin is empty. A system-wide search for the profiles comes up with just the ones in the .cache folder. Back at the about:profiles page any attempt to open the preexisting profile results in a prompt asking me to create a new profile. I still have the one profile open and the addons are not working correctly. I did a bookmark export on this profile and doing so generated the “firefox” folder that had disappeared plus a profile folder using the same name of this open profile - /home/user/.mozilla/firefox'profile.name - it created a profile folder for this open profile using the correct name.

Any ideas on how this happened? Can the local profiles still in .cache be used to somehow restore the full profiles?

Asked by komms.tb 7 months ago

Answered by komms.tb 7 months ago